I’ve started to wander about Leicester City centre with my camera and audio recorder, hoping to capture some images and sounds that give a sense of what it is like living in this city at this point in time. I find I can switch into a neutral mode of thinking that is slightly disconcerted from my surroundings as I wander around. It’s almost a meditative state. I’m out of practice with doing media work like this, so it’s been good to reconnect with the process of blending-in as I walk about the streets looking for interesting things, people and noises.

I have a complicated relationship with people which stems from my personality type. I’m INFJ on the Myers-Briggs model, so I can get easily overwhelmed by too much social interaction, especially if it is spontaneous and random. I have a strong preference for calm place, and for order and civility. Which means being in a city centre environment can be challenging at times.

On the one hand I am fascinated by what people do, and how they behave, while on the other hand I often have an intense judgemental reaction when I’m among lots of people. I don’t like crowds and busy places, but I do like watching how people do things, how they behave and what patterns of behaviour are similar and recurring.

We like to think of ourselves as unique and independent, and as individuals we are, but once we are in a group situation, we can’t help but act in accordance with the group norms that are defined and made allowable by the place and its social conventions. I have a fascination for observing the patterns of behaviour that people conform to, or transgress. I like to take a mental note of what is going on around me, and absorb the overall patterns of action and reaction.

I’m interested in those things that we often don’t give any thought to, but which define us and indicate that we are part of a culture in the here and now. I’m aiming to capture some of this in my photographs and the sound recordings I’m developing. I’m at the start of this process, and it’s going to take me some time to learn the skills that will produce interesting images. 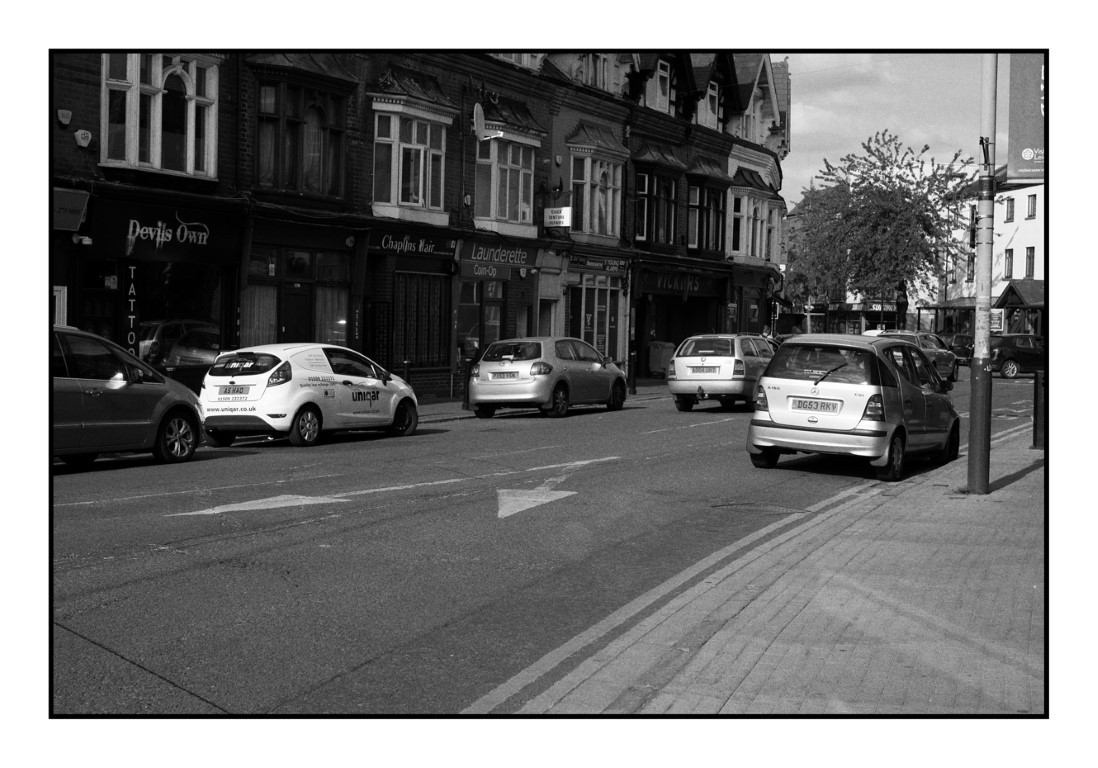 ◄ Back
Next ►
Picture 1 of 500
I’m not planning on editing what I’m doing too much, but to let it evolve as I go along.  I really don’t have a style in mind, though I’m drawn to the flavour of black and white images, as they have a capacity to de-normalise what we see. There are many clichéd forms of street photography as well, and I’ve probably absorbed and churn-out my fair share of derivative images that could be taken by anyone with a digital camera these days.

I’m using my Fuji camera, I have an XT-2, which I had been using with a zoom lens for a long time, but I changed it to the 35mm prime lens that I bought a long time ago, and what a difference it makes to the process. I find zoom lenses to be distracting, as the mental processing that has to go with the framing of the image adds another layer of options that too often get in the way of taking a picture in the moment.

I’m also less worried about images being in focus or sharp. I tend to find that the irregular subject of a photo is more interesting than the elements that are perfectly produced and symmetrically framed. They lack the spur-of-the-moment feel that a more random approach can generate. I remember being taught to take lots and lots of images, and to edit afterwards. That’s my intention here, to keep capturing and posting. I’ll make sense of it all later.

I’m also starting to learn how to capture sounds while I’m out and about. I bought a handy little Shure microphone that plugs directly into my iPhone and helps me to work hands free. I want to try to capture general sounds first, and to develop my confidence in getting closer to people so I can capture fragments of their conversations. The only way to do this is to be unobtrusive, so I find the hands-free option of recording is much more disarming for people, as they don’t see that I have a microphone with me.

It’s early days as I try this out and develop my technique. There are some occasions when it works, but there’s also a lot of handling noise, so there is always a trade-off between what I can get close to, and what the environment makes clear. I’m planning to follow the same principle as with my photographs, to capture first and edit later.

I’ll keep posting and sharing, and hopefully some new ideas will emerge and find a way to the forefront of my thinking.

Liked it? Take a second to support Rob Watson on Patreon!

Except where otherwise noted, Rob Watson Media by Rob Watson is licensed under a Creative Commons Attribution-NonCommercial-ShareAlike 4.0 International License.